Tweets by European_ct
The Global Terrorism Threat After Zawahiri 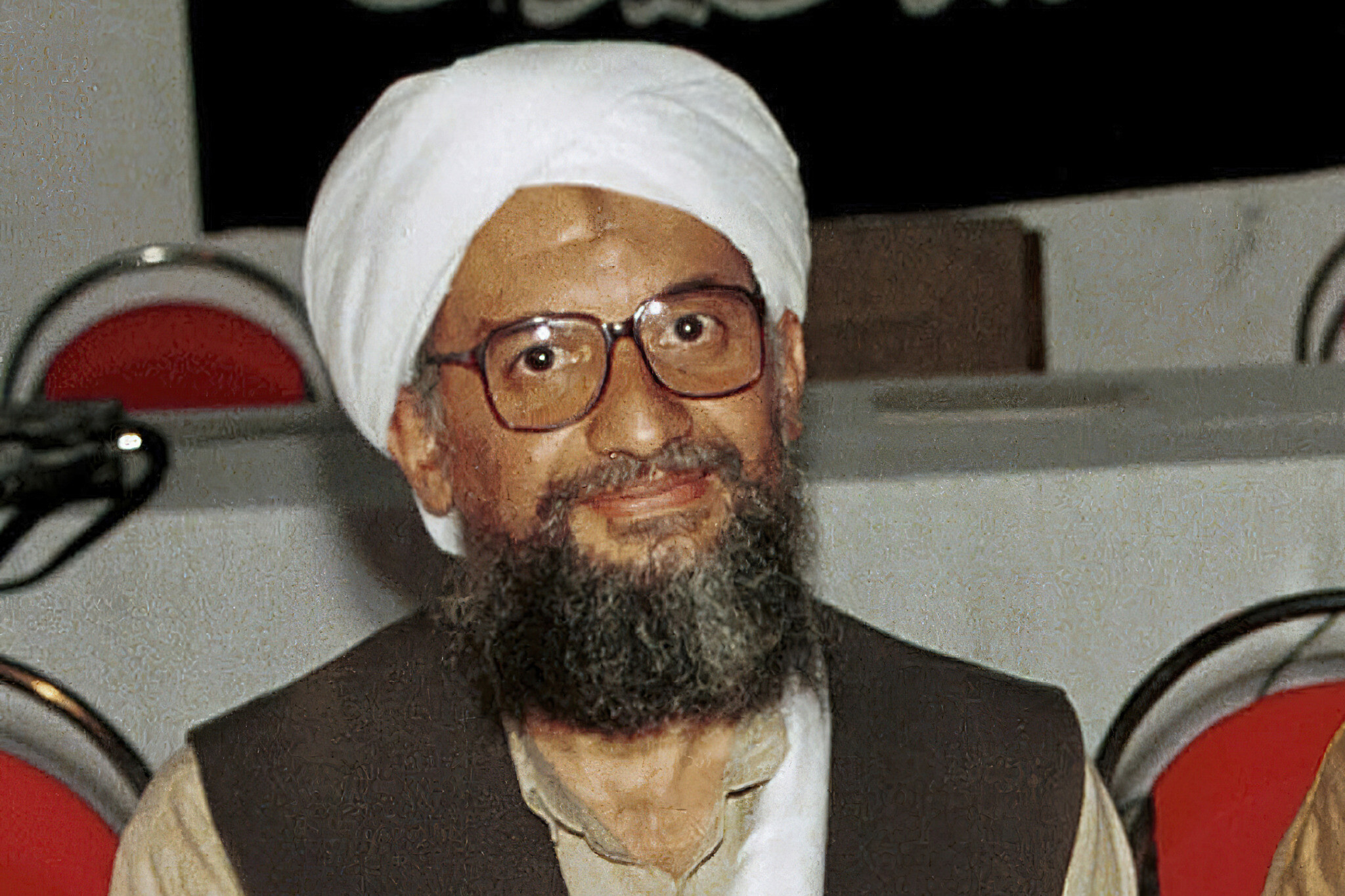 (New York, N.Y.) — Following the death of al-Qaeda leader Ayman al-Zawahiri, questions have swirled over its implications, including who Zawahiri’s potential successor would be, how his death will affect the inner workings of al-Qaeda, and what consequences the Taliban would face for harboring one of the world’s most wanted terrorists.The Counter Extremism Project’s (CEP) Senior Director and former Coordinator of the United Nations Security Council’s ISIL (Da’esh), al-Qaeda and Taliban Sanctions Monitoring Team Dr. Hans-Jakob Schindler; CEP Advisory Board Member and former U.S. Ambassador-at-Large and Coordinator for Counterterrorism Ambassador Nathan A. Sales; CEP Advisory Board Member and former Coordinator of the U.N. Security Council ISIL/Al-Qaida/Taliban Sanctions Monitoring Team Ambassador Edmund Fitton-Brown; and CEP Advisory Board Member and former Head of Counter-Terrorism in the UK’s Foreign Office Sir Ivor Roberts share their expert analysis below.

Speaking to The National Dr. Schindler discussed how Zawahiri’s death is a “significant counter-terrorism success,” but warned the world to remain vigilant saying, “it should not be cause for anyone to let their guard down.” Dr. Schindler also named Saif al-Adel as a potential successor, calling him a “revered figure within [al-Qaeda] and potentially a bolder operative than Zawahiri.” Dr. Schindler further noted in the Wall Street Journal that, as Adel is likely currently living in Iran, he could also serve as a new point of negotiation in the stalled nuclear talks between the United States and Tehran. Quoted in AFP, he emphasized Zawahiri’s death would not stop terrorist attacks planned by al-Qaeda affiliates as the U.S.-designed Foreign Terrorist Organization (FTO) is vastly spread across the world. Dr. Schindler noted that Zawahiri was instrumental in decentralizing al-Qaeda’s base and that replacing the head of the group will require support from all affiliates across the world.

“Zawahiri was not involved in the day-to-day decision-making of the affiliates…but you need a figurehead with a certain prominence and seniority because all of the heads of all the affiliates need to swear personal loyalty to him.”

Ambassador Nathan A. Sales, quoted in the Washington Post, stated that “Zawahiri’s presence in post-withdrawal Afghanistan suggests that, as feared, the Taliban is once more granting safe haven to the leaders of al-Qaeda — a group with which it has never broken.” In a Politico interview, he pointed to the action as compelling evidence to stop any plans the U.S. has to release funds to the Taliban:

“I think Zawahiri’s presence in a Taliban safehouse has to be the nail in the coffin of any plan to release funds directly to the Taliban. They simply can’t be trusted and the risk is substantial that money released to them would find their way inevitably and directly into al Qaeda’s pockets.”

…“Zawahri’s presence in post-withdrawal Afghanistan suggests that, as feared, the Taliban is once more granting safe haven to the leaders of al-Qaida – a group with which it has never broken,” said Nathan Sales, ambassador-at-large and coordinator for counterterrorism during the Trump administration.

…Hans-Jakob Schindler, former coordinator of the U.N. Security Council’s ISIL, al Qaeda and Taliban Monitoring Team, said Iran’s nuclear talks with the U.S. presented Tehran with a unique opportunity should Adel could become a bargaining chip in gridlocked talks. “This would be an easy win for the Iranians,” he said. “This could be a point where a chip that they’ve been guarding so carefully could play out at quite considerable benefit.”

The Washington Post: Zawahiri’s Legacy: Querulous Bands Of Militants And A Chance For Rebirth

…“Zawahiri’s presence in post-withdrawal Afghanistan suggests that, as feared, the Taliban is once more granting safe haven to the leaders of al-Qaeda — a group with which it has never broken,” said Nathan Sales, a former ambassador at large and counterterrorism coordinator for the State Department during the Trump administration. While the CIA was able to track and kill Zawahiri in Kabul using remote surveillance, it’s not clear that the U.S. success “can be replicated against other terrorist targets,” Sales added.

Sunday Independent: Sir Ivor Roberts: As The Dust Settles On Ayman al-Zawahiri’s Killing In Kabul, Al-Qa’ida Are More Dangerous Than Ever

“We should not be lulled into celebratory complacency. A week on from the killing of Ayman al-Zawahiri, al-Qa’ida’s erstwhile leader and operational mastermind, the group is likely to prove a more imminent threat than at any point in the decade of his tenure in charge. Much attention has focused on al-Zawahiri’s likely successor and current al-Qa’ida military chief Saif al-Adl. He is a younger, bolder and more operationally focused terrorist operative, whose experience as an intelligence and security leader will make him an extremely dangerous emir.”

Fighting Terror: Responding To The Drone Strike On Al-Zawahiri

“He [Zawahiri] was killed in Kabul. He was killed in a house belonging to the acting Interior Minister of Afghanistan, Sirajuddin Haqqani, which really is, if anyone needed any proof that the Taliban are willing to harbor al-Qaeda operatives, this is I think the clearest proof we have to date that this is in fact the case. So, they are really not a reliable counterterrorism partner regardless of what assurance they have given officially or to the American administration in the past,” Schindler said.

…Nathan Sales, who previously served as ambassador-at-large and coordinator for counterterrorism, called the strike “a great counterterrorism success” in an interview with the Washington Examiner, though he added, “It’s too soon to claim this successful strike as a vindication of the Biden administration’s so-called over-the-horizon approach to counterterrorism. All due credit for pulling off this decapitation strike. But in order to really dismantle a terrorist organization, it takes more than one strike on the group’s leader. It takes a systematic campaign of pressure against the entire organization.”

The Media Line: At Time Of Deadly Strike, Al-Qaida’s Zawahiri Was Hiding In Afghan Minister’s Home

…At the time of the drone strike, Zawahiri was sitting on the balcony of the house where he was hiding with his family in the center of the Afghan capital of Kabul. The home was owned by Sirajuddin Haqqani, “who is not only the leader of the Haqqani, but he is also the interior minister of Afghanistan,” said Dr. Hans-Jakob Schindler, senior director of the Counter Extremism Project and former coordinator of the ISIL, al-Qaida and Taliban Monitoring Team of the UN Security Council. The Haqqani Network is a semi-autonomous paramilitary arm of the Taliban, which took over Afghanistan a year ago following the withdrawal of US and other foreign troops. Afghan journalists have reported that Haqqani’s son and son-in-law also were killed in the strike. A senior White House official said Tuesday, however, that there is “no evidence of any other loss of life or casualty in this strike that was a precise and calibrated strike targeted on one individual and successfully executed.” “A house owned by the interior minister of Afghanistan had the most-wanted terrorist on the globe. This really confirms the fact that Taliban is harboring al-Qaida in Afghanistan.” Schindler told The Media Line.

The death of al-Qaeda’s senior strategist Ayman al-Zawahri is a U.S. counterterrorism success, but his death in Kabul means the Taliban is still ‘rolling out the red carpet’ for al-Qaeda, says Nathan Sales, senior adviser at The Soufan Group, a global intelligence and security agency.

According to Dr. Hans-Jakob Schindler, senior director of the Counter Extremism Project and former coordinator of the United Nations Security Council’s ISIL, Al-Qaeda and Taliban Sanctions Monitoring Team, al Zawahiri is most likely to be succeeded by a potentially even bolder operative, Saif al Adel, who is currently being harbored by Iran and can easily move to Afghanistan.

John Kirby, National Security Council Spokesman, Dr. Hans-Jakob Schindler, Sr. Director of the Counter Extremism Project and Shawn Turner, former Communications Director for the Director of National Intelligence, discuss what happened, how it happened and what it means.

The Long War Journal: Zawahiri Is Dead. Al Qaeda Is Not.

Edmund Fitton-Brown — outgoing coordinator of the UN Security Council Analytical Support and Sanctions Monitoring team and longtime friend of the show — joins Bill to discuss the killing of Al Qaeda emir Ayman Zawahiri, who died in a U.S. drone strike last Sunday. That the leader of Al Qaeda was killed in Kabul “comprehensively disproves” Taliban claims that Al Qaeda has no presence inside of Afghanistan. On the contrary, it proves that the group’s top leadership uses the country as a safe haven. 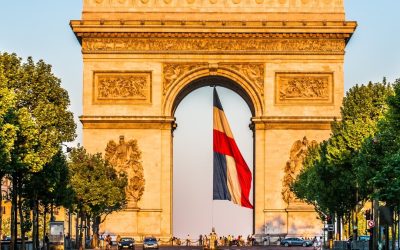 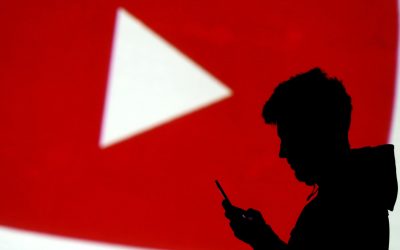